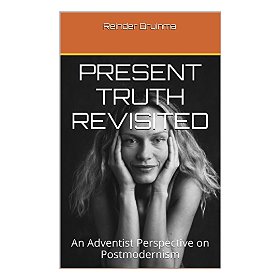 At times it proves difficult to get your book published by an Adventist publisher. Even the larger publishing organizations such as Review and Herald and Pacific Press publish only a limited number of titles per year and often even good manuscripts do not make it into print. Some time ago I sent them a manuscript about postmodernism and an Adventist perspective on this phenomenon. To my disappointment their response was that they would not publish it. Of course, this happens to most authors from time to time. But I was told that the reason for the refusal was not that it was not a good and interesting book, but that publication would not be opportune in the current, rather intolerant, climate in the church. That gives a lot of food for thought!

I considered to publish  the book myself in the traditional way. But the process of producing a paper version of a book gives a lot of head aches (and costs a certain amount of money). In addition there are all kinds of problems regarding distribution and administration. Recently, however, amazon has entered the Dutch market with a site for e-books. And it proves to be surprisingly easy to publish one’s  e-book through this channel. So, that is what I did in this past week.

The e-book is in English and is entitled Present Truth Revisited, with the subtitle: An Adventist Perspective on Postmodernism. It can be downloaded from www.amazon.nl.  When you are on the site, simply type my full name (reinder bruinsma) or the title of the book, and you will find the book within seconds. The content is the equivalent of about 175 pages in a paper back book). There is a modest price tag:  7,47 euro (or  $ 9,19). Those who do not live in the Netherlands can also order through other amazon sites.

On the site the book is accompanied by this description:

Finally, the author wants to show how, in fact, the Adventist interpretation of the Christian faith becomes more relevant if some of the key beliefs and practices are seen through a postmodern prism.

I hope the book will be well received and that many of my blog readers will tell others about it. And I also hope that it will encourage an intensive discussion about the issues of this book in many places.