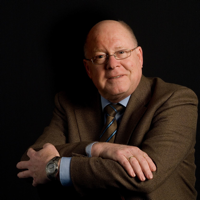 I (b. 1942) live with my wife Aafje in Zeewolde (Flevopolder, the Netherlands). During more than forty years I have worked in various assignments—and in different countries—for the Seventh-day Adventist Church.

Over the years I have authored more than twenty books and hundreds of articles, in Dutch as well as in English (See: Main Publications). Even now (while officially retired since January 2008) writing keeps me occupied during a major part of my time.

From September 2011 to early 2013 I  served as the interim-president of the Adventist Church in Belgium and Luxembourg. Since then I have returned to my status as a retiree but remain active in preaching, lecturing and writing.